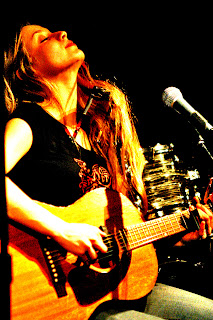 Her passionate music appeared with the song "See the light" and it captured my attention. Danielle got a fully loaded portfolio that indulges your senses.

It is a true pleasure for getting some time with Danielle for a free spoken interview!

What was/is your main motivation for composing your music?

The short answer is impulse. When I first started writing music regularly, there was no plan and I never consciously said, I'm going to write music. I was writing a ton of bad breakup induced poetry. I had just graduated from Emerson College for Creative Writing, but had put my guitar down...


for most of those years aside from the occasional "Play Bobby McGee!" at a party. I started picking up my guitar again and the words and the music seemed to merge effortlessly. It was pure catharsis at the time. Listening back to little recordings I did back then, the songs were awful and my voice hadn't quite found its style or pitch yet. It took some time to find my voice and build the craft.

Now writing is less impulse and more thought out for better or for worse. When I had a 9 - 5 day job that I hated, I would take every free opportunity to be creative. I was co-writing twisted comedy songs a line at a time back and forth via e-mail with my friend. I was writing in notebooks on the subway and during lunch breaks. Scribbling on the backs of envelopes and any blank surface I could find. Now that I have time to write, I have to sit down and make a conscious effort.

Over time, the purpose has become somewhat less self-serving. One of my favorite Kurt Vonegut quotes is “The function of the artist is to make people like life better than they have before." That states it perfectly. If you can make someone feel better even for the two and a half minutes they are engaged in a song relating and not feeling alone, then you've done something of value.

What is your favorite song you have performed so far? Can you tell us why?

That's a tough one. It can vary by my mood or by the night. There are songs I enjoy performing because they are fun to play and I can get a nice groove going where my fingers are at one with the strings and I'm just feeling it. But the same song on a different night might just not do it for me.

Then there are songs that if I can feel the words are moving people, there's nothing better than that.
How would you describe your style?

For some reason this is the hardest question for any musician to answer. It's like trying to tickle yourself. Maybe it's the fear that if you name a style, you are then committed to that one style for life. When people ask me this question at a show if they haven't heard me play before, I usually just say "Folk/Blues" as a way of avoiding a longer answer. Musically, I'm mostly straddling those two genres, but there’s also a lot of rock influence in there and even a little pop at times. My influences range from old acoustic blues like Mississippi John Hurt and Big Bill Broonzy to Songwriters with a capital S like Paul Simon, Bob Dylan, Joni Mitchell, to the musical golden age classic rock -The Rolling Stones, Janis Joplin, Hendrix, to the stuff I grew up on like Prince, Cindy Lauper, Guns n Roses etc. I’ve been influenced by all kinds of popular music over the years, so to narrow it to one style doesn’t do those influences justice. What is your current project?

Right now I'm gearing to keep a pretty light gig schedule in Jan and Feb for writing and recording a new full length album.
How did it all start?

Once I had a couple of full songs written, I decided I'm either going to do this or I'm not. I looked in a local music rag for area open mics and found one listed on Wednesdays at The Kendall Cafe' in Cambridge, MA. I didn't have the guts to just go and play, so I stopped in to see what it was all about. The first open miker I encountered was a horrible human, so my first impression was negative. There was a small staircase that lead from the bar down to the performance area. People would pile up their guitars in the narrow space above the steps. This guy's guitar had fallen from the pile and started sliding down the stairs. I grabbed it to keep it from crashing and he said "Give me it! You're holding it wrong!" Needless to say, this guy turned out to be pretty awful on stage too and I never saw him again after that. (In retrospect maybe he was just nervous…a nervous horrible human.)

I spotted a friendlier face soon after and asked "How do you do this?" PJ Shapiro, who remains a friend I see around town to this day was much warmer and explained the sign up process. I came back the next week to play and it seemed I had found my tribe. From there, I never looked back. The first impression couldn’t have been more wrong. What are your plans for 2014?

Ideally, I will be touring and promoting the album after my next album…that’s if items in Question number 7 work for me in the coming year. 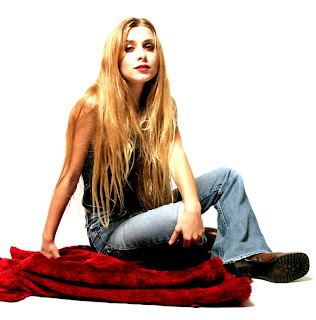 It can be something that happens to me or something I see or I could be listening to a song I haven't heard in a while. I almost always end up writing something when I go into a deep listening to a lot of Dylan phase. There's so much to draw from there. This can also happen just from reading or hearing an interview with an artist - not just musical, but any kind of creative human. And speaking of creative humans, it helps to be surrounded by them. Creative energy is contagious.

My web site has all the links to iTunes, CDBaby or PayPal direct. http://www.daniellem.com/products.html
Posted by Crank Box - C. Koppers at 4:25 AM

I've checked her out on reverbnation. She's brilliant. GREAT voice.

I love your style, Chris.
Danielle is a talent!!!!

All the best for you, Danielle!

Very Informative! This blog is great source of information which is very useful for me. Thank you very much for sharing this!
gitaarles online