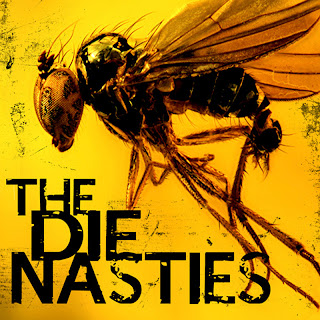 It is about damn time to learn more about this outstanding band that combines punk rock with a whiff of pop diva vocals.

Can you pick one of your songs that is able to describe you best (your performance)?


It’s hard to pick one song that best describes our live show. If we had to pick, it would probably be a combination of “Piece of You” and “Three Days Dirty”. Piece of you is a hands in the air, shake your thang song and Three Days Dirty is well… Dirty! It’s where we can all be the person we wish we had the nerve to be in our daily life. We like to keep things fun and straight up in your face. We get down and dirty on stage and as our guitar player Michael Blakemore says, a Die Nasties show is “like a nail gun in the face!” We want our fans to have as much fun as we do and we always have a blast! You have to see it to believe it!

Speaking of songs. Are you working on new material right now? What can your audience expect?

Yes, we have been writing the last couple of months and are getting ready to head back into the studio in January 2013. With titles like “Psycho Thriller” and “Sticky Sweet” the new material is a mix of dirty rock, guitar riffs, hooky melodies and a lot of spice. We’re really expanding our sound by incorporating new guitar sounds, almost like sound effects into our already dirty rock sound. We’ll be sure to send you a link once they are out in the world! 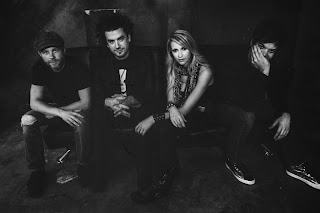 Do you schedule a tour within the next months? Where will be your destination? What venues?

We are currently in the writing / recording process but are working on a tour in 2013. Dates and venues will be posted at www.thedienasties.com Can you tell us something about the following?

The past, the present, the future:

Tim Craven (bass/vocals) and Katie Kerkhover (lead singer /guitarist) recorded their first project together (“Blister”) in 2009. Over the years, they became Katie Kerkhover and the Die Nasties. After going through a couple of band member changes, they finally found the right combination of members in drummer Andy Grooms and lead guitarist Michael Blakemore. They started writing together and sparks began to fly. From the kick you in the face sounds Michael creates with his “mother ship” pedal board, to the rock steady rhythm from Andy, Tim and Katie finally found the missing pieces to the band puzzle and it was finally the right time to become “The Die Nasties.” They are currently working on a 2nd EP to be released in 2013.

We are inspired by everything. It doesn’t just come from one source. Our life events, movies, books and the emotional rollercoaster that is the music business inspire us. J You just never know when it will hit you. The voice memo functions on our phones are our best friend!

What is the story behind "Three days dirty" Can you tell us somewhat about the process? How much fun was involved?

We watched “Girl with the Dragon Tattoo” and Katie was immediately drawn to Mara Rooney’s character, Lisbeth. (She’s such a bad ass!) If you’ve seen the movie, or read the book, you know there’s a pretty intense scene where Lisbeth takes her revenge on an abusive man. This scene sparked a writing session and 3 days dirty just kind of fell out. We wanted it to represent Lisbeth Salander and her emotions . We thought, if she had a theme song, what would it be… Three Days Dirty. The writing and recording process was fun because we felt like there weren’t any limits and we got to experiment with different sounds and feels. Three Days Dirty is probably the most fun we have on stage. 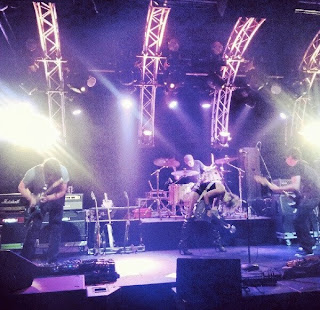 
You can find Die Nastie Nation at www.thedienasties.com Our new EP is available on iTunes. And we also have a free mobile app you can download from the app store on your iphone or android phone.

Thank you for taking your time.
Posted by Crank Box - C. Koppers at 9:09 AM

Cool pick, Chris.
I checked them out. Awesome.
The songs are well performed. Love to get more.

The Die Nasties are top tenner