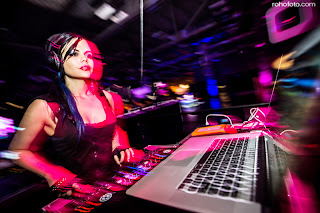 Jillian's home is called media. She makes an impact, even outside the music business.
She supports human and animal rights and she persues her vision.

Where do you see yourself in today's music world?


I am a singer songwriter, producer , performer and DJ in Electronic music mostly EDM but i also have released downtempo ambient and other genres .

I have always had a foot in the underground and yet one in the more corporate world and I feel the fusion of vision and invention in music art and culture is needed for inspiration and progress of our society.

How would you describe your unique style?

I was classical trained so I love bringing in timeless elements like strings and pianos, vocally I have a more unique style which I love to experiment with

I got into experimental and underground electronica long before dubstep glitch hop really became mainstream and have always liked to sonically paint with a broader pallet. 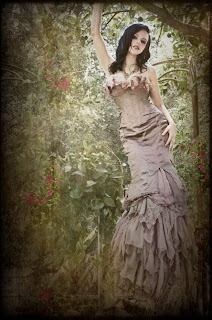 Can you name us your plans for the upcoming months?

Touring, Releasing a new album, Releasing my Clothing line Ritual, and doing as many collaborations as possible sleeping working on my tantra and meditation practice and taking ten days to stop everything and meditate. Creating new album artwork music videos and other such things and seeing some other musical works I did come out which is always exciting.

What do you like most when it comes to perform your music?

I love the connection with the audience be it a dj set or singing a song, but its about that moment when I know I've connected and in that moment were one.


What is your main motivation to compose your songs?

They compose themselves and haunt me I have no choice.

Can you tell us somewhat about your controversial music video "Confess"? How much fun was involved?

Lots of fun, but I have always been bi sexual and wasn't thrilled when yet again it was illegal for lesbians or gays to marry, I dont feel its ok to say who we can or can't love leave that to the divine to figure out. But I do not believe spirit knows gender and so although to some it may seem controversial to me it was just stating what I believe in why should loving a girl be any different or love being expressed with passion and play or even s&m elements. I feel as children we are allowed to play and the older we get the less freedom we have and for me I was just creating something i believed in for reasons I believe in even if it got me disliked or banned because of the content. But I believe in creating what i believe in despite the fact some people may not like or approve of it. 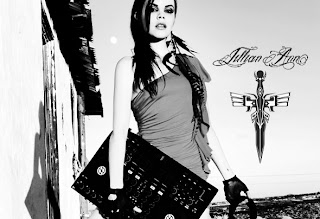 You have seen some spots around the globe so far - Does it help you to get new ideas while traveling?

I love traveling and until recently I only felt I was at home or had a home when traveling so I loved it but now i feel like i have a home and sometimes it I miss it now. But I feel the more one travels the more ones eyes are opened to how vast beautiful and expansive life and the world can be and how our realities are built out of choices we make and we can chose to change that often by just getting on a train and or plane. The world is our playground filled with limitless potential if we just believe in it and take a chance to explore outside of where we are comfortable.

Thank you for taking your time and happy touring, Jillian.

You gotta see her performing.

Thank for the inside, Chris.

I love her music.

Thanks for pointing her out.

I love her. She is awesome.


All the best,
Cathleen

I love her music