Leica M3 in the vibe

Story and photos by Victor Anthony


My dad always advised me to use “the right tool for the job”. Your father probably said that, too. And I have found that the “right tool” for photographing acoustic musicians in an intimate venue is a Leica rangefinder. Why? For starters, it is easy to focus precisely in low light. But its greatest virtue is the whisper-quiet shutter. Mine is an M3 made in 1960. I have it serviced every five years or so and there’s no doubt that it will outlast me by decades. I have just one lens for it, a 50mm f2 Summicron and, like the camera, it is just right for the job. 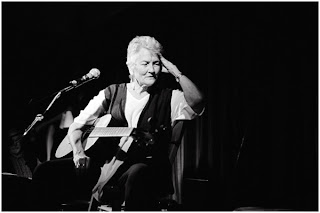 Caption for Peggy Seeger: This was taken just at the beginning of intermission. She was deep in thought and had no idea I'd snapped the picture. When she saw it later, she asked to use it on her website. 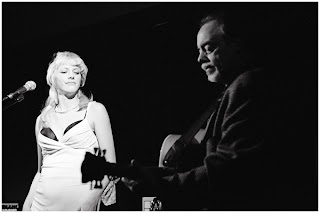 Caption for Shauna/Nathan: He's taking a brilliant solo and she's lost in the notes, oblivious to the camera. 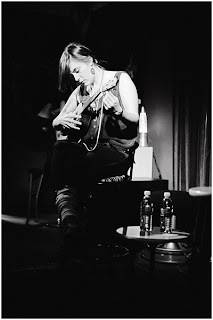 Caption for Portia Boehm: Tuning between songs and undisturbed by the Leica.


Thank you Victor for sharing. His images can be seen here: