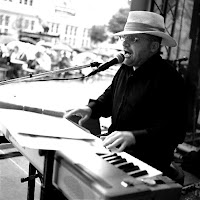 Story and photos by Chris Koppers

Thomas Stelzer has been playing music for over 30 years and he runs several projects like his Bloody Rhythm Fingers, The Gospel Passengers, The Burnes, and he Farmer's Breakfast Counrty Band. He combines the jaunty Southern Blues with the distinctive vibe of New Orleans. Born in Dresden, Germany, Thomas Stelzer's musical legacy traces back when he was about 12 years old. He worked with artists like Eddie Bo, Marcia Ball, Charlie Miller, Marc Adams and many, many others.


His characteristic songs, played with his sinuous fingers, paved the way for bigger endeavors. He and some of his German and American colleagues composed several albums (recorded in New Orleans) with tremendous success. The winner of five Grammy Awards, Malcom John Rebennack jr. better known by his stage name "Dr. John" contributed himself for being a special guest. 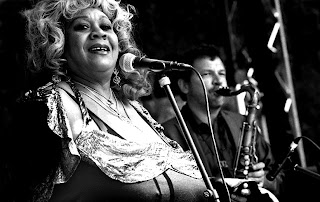 Born in New Orleans, Katie Daniels was the special guest for Thomas Stelzer's recent gig. The tunes and Katie's smoky late-night voice completed this everlasting event.
Thomas Stelzer has not come to an end yet - he plans to compose new songs/albums for 2013.
Thus, eagerly await his newest release soon.

Editor's note:
My Rolleiflex Automat came into action, plus the Leica M4 with a 135mm lens (Katie Daniels). Kodak TMAX 400 and Ilford Delta 400 for Leica. 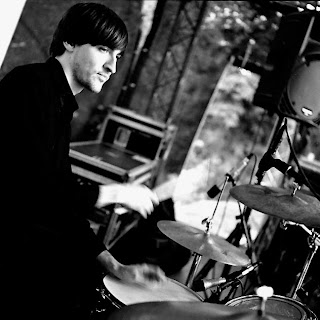 Chris, you should work for a big name magazine.

One of your fans.

Maybe I should buy some of the albums, cuz the way you introduce the artists is very funky.

Keep up the good work. Love your pictures.

You are a master of black and white.

You know how to conserve the moment. You shoot for eternity!

Great shots - maybe I should starting with old cameras - so amazing.

All the best,
Richard from Canada.