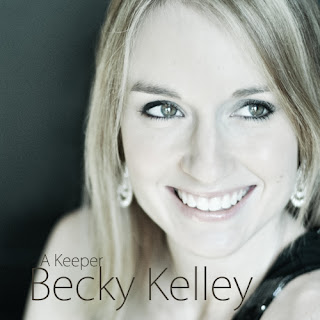 Slamming into the music scene, Becky pleased millions of youtube viewers with her song "Where's the line to see Jesus".

Can you tell us something about your new release? I was told you would like to produce some music videos pretty soon. What can we expect?

Yes, we are in the beginning talks of shooting a video for "Send an Angel". It's definitely one of my favorites off the new album. We will be using the same team who shot "Where's the Line to See Jesus", so I'm excited to see what they come up with.

How would you describe your style from the early beginning until now?

THE question was: what type of album would I be coming out with after the Christmas single. Not many people start with a Christmas song! :) Some of the songs on my new album were actually written 12 years ago, and some of them just a few months before they were recorded. My style has always been the same, but I can see how it's different for sure than "Where's the Line" in some ways, as that was written by my dad and producer in St. Louis. I've always written about my spirituality, but I also love to write love and break-up songs. Mix that with a country-pop sound, and that is me in a nutshell. 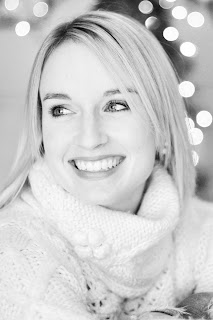 What are the ingredients for your songs?

Oh I have many! ha! I want a good story and the music has to be good. So many people ask where my stories come from and I pull them from everywhere- my relationships, friends relationships, struggles I'm going through or I've seen others go through. Song writing is a release for me and I've done it since I was a little girl. My folder is FULL and gets added to all the time. Melodies come to me in my head sometimes, or I just play around on the piano or guitar until something hits me. Figuratively, not literally... unless my kid throws a shoe at me or something. :)What will be your plan in 2013? Tours? New releases?

2013 is starting to take shape, and I'm excited. I basically took a year off, because I had a little boy last August. I just met with my producer here in Nashville last week, and we are going to start things off *hopefully* with a big showcase in January or February to work together with the release of the new video we are also hoping to have done by then. There is also talk of possibly starting work on a Christmas album...Could be a great year!

What is your key motivation to move on?

That is something I actually think about a lot. Why do people do what they do? For me, I honestly want to help people. I have to take a step back and look at what I'm doing and ask myself if it is for any good. If not, what's the point. I definitely have songs that are thrown in there just for fun and that are written just to be enjoyed, but others I really do hope they help people with what they're going through. Life can be so rough, and if I can help someone get through it a little easier, then that motivates me. By people telling me they are inspired, they in turn inspire me. It's a great circle.

Who is the most supportive person for your music?

Oh, I have so many positive supporters. SUCH a great team around me. I would have to say my husband, my dad, and my producer Pat here in Nashville. My husband helps me keep everything together and reminds me of what I need to hear when I need to hear it. Dad is just always there for music. Always. It's in our blood and he will always support me and give his opinion whether I want it or not. ha! Gotta love dads! Producer Pat has been told by me that he has "ears of gold"... he's truly amazing. If you don't know Pat Flynn, you must google him. He has done AMAZING things in country music and I'm thrilled to be working with him.

How do you see today's music industry?

Today's music industry is HARD to break into. On any given night just in Nashville, there are probably 100 bands playing all hoping to get noticed. Everyone in the industry wants to give you advice, and I don't think there's any magic formula to "making it". I want to make good music and hope that it gets to as many ears as possible.

What do you prefer? Being on stage or being in a studio?

Oooh, I love them both. I've missed performing- it's actually something I really enjoy. I just performed at a private event for 400 people this past weekend and had the best time. With that said, I LOVE LOVE LOVE the studio. It's just so fun. I've brought a few people in before and they can never believe what all goes into even just one song. 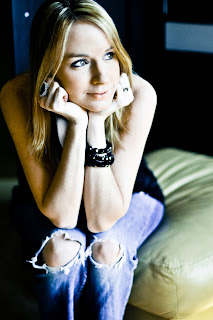 Where can we find/purchase your music?
I'm on iTunes and also at


Thank you for taking your time, Becky.

The interview is great!!!

I LOVE her music.

Love her music and your blog.

Can't wait to get her latest songs.

Wish you the best.

P.S. crankbox-music is my favourite blog in the galaxy!

Would like to see more articles of her on crankbox.

I already love her music!

Thank you for introducing her.

Sweet songs. She got real talent.