Bad Afro Records - The man behind it 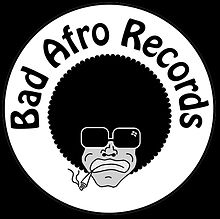 Lars had some time for an interview for crankbox-music.

How does an ordinary day within the premises of Bad Afro look like?

It varies a lot. Sometimes I go to my office which I share with my old friend Anderz from Gearbox
Agency who has been promoting concerts in Copenhagen for decades. Here I usually take care of orders and ship them. Other days I stay home at my home office where I can smoke cigarettes and listen to my vinyl collection while I work.


This is actually what I prefer. I often decide what to do based on the mood I am in on the day in question. In the old days I stressed a lot about releases and deadlines and did 10 releases a year but these days I am much more laid back. I only do half of the releases as I used to do and enjoy it more.

There are tons of music bands out there. How do you filter bands when before it comes to “sign the contract here”? What requirements should be met with your expectations?

I get approached by bands every day so it is certainly difficult to decide what to release when you only release 2-3 albums a year and a few 7” singles. For me it’s a gut feeling when something is right but it is very difficult to explain. Why is one 3-chord punk rock band better than the next 3-chord punk rock band? I don’t know, but I can feel when something is right for Bad Afro and usually I go with that feeling.

How did you meet Baby Woodrose?

Actually it is a little embarrassing – I shared office with their booking agency in the very early days (around 2000) and he pushed me the demos that was to become Blows Your Mind (their debut album) and back then I simply didn’t get it. I was busy with The Hellacopters and The Flaming Sideburns and did not have much experience with psychedelic music so I turned it down and Lorenzo Woodrose ended up releasing the album himself. In 2002 he formed a band and I saw their first shows and I was hooked. Baby Woodrose were two guitars and drums back then which I actually preferred then.

What is your current project? 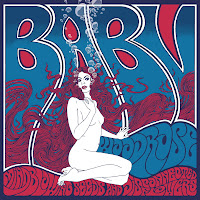 Right now, I am preparing the 3rd album by The Setting Son called Before I Eat My Eyes and Ears due out October 8th. I am looking forward to that, I think it will surprise quite a few people. Other than that I have two 7” singles coming up in the fall – a Baby Woodrose 7” with two exclusive songs from the same sessions as Third Eye Surgery – cool songs that just did not fit on the album.
And what looks to be the last release by the Australian band The Dolly Rocker Movement – a 3-song 7” with exclusive songs. And I will probably re-issue Money For Soul and Chasing Rainbowsby Baby Woodrose on LP as well.

I honestly don’t know. I used to plan a lot for the future but right now it’s uncertain. I am thinking about a few releases, but it is too early to say what will happen.

Thanks for the insight, Chris

The coolest label in Denmark!