Kayleigh Leith - She touches your heart. 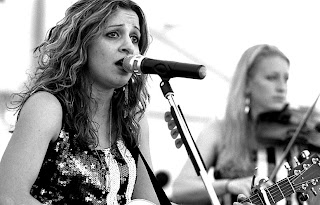 Kayleigh Leith, a Pittsburgh native, moved the Netherlands some years ago. Her mission? Getting started with a solo career as a singer/songwriter. Her debut album was mainly made within the legendary premises of the Cutting Room Studios in New York City.
Whenever you are in need of sensitive, heart-touching, contemporary-modern country music, Kayleigh is your choice - the one and only.
Kayleigh had some minutes for an interview.

Does the relocation abroad (from Pittsburgh, PA to the Dutch countryside) have any effects on your way on how you compose emotional lyrics? If so, is your song ‘miles away’ an outcome of it?

It sure does. The reason I started writing my own songs is because of my big move to the Netherlands. I used to write songs years back in school, but it wasn’t the same. My love of writing songs and sharing them with people started because of my huge journey here to the Netherlands. Miles Away is 100% about my family. I felt I let them down when I left, kinda like what’s the point of a family when you never see them. I felt being someone’s daughter meant I had to stay in the same place as them. I wanted them to know I still love them even though I was making this huge move across the ocean.

Speaking of Miles away, how was your experience regarding creating this video? Who developed the storyboard?

I sat down with the videographer and I talked to him about what I wanted in the video. I wanted pictures of Pittsburgh somehow to be incorporated and definitely a picture of my house I grew up in. I was so happy with the outcome of the video because it’s very organic. The footage of Pittsburgh is like a home video looking back. And the best part of coming home is coming out of the tunnels and seeing the whole city. I wanted a very natural vibe in this video, like sitting at home thinking back to my family and my childhood home. The last part of the video clip with me going up the escalators was an idea brought forth from the videographer and I absolutely loved it. That dreaded airport drop-off after visiting is always horrible, the idea of going up steps or the escalators and looking back saying good-bye always brings me to tears.

How would you name success? Is it based on monetary conditions such as how many downloads/purchases can be generated, or is it more the opportunity to play music for your fans? Or do you have your own definition for being successful?

When you change the way you look at things, the way you look at things will change. This is one of my favorite quotes by Dr. Wayne Dyer. I truly believe how you see things is simply how they are. I do not define success from the number of fans I have or the number of albums I sell or the amount of times my music is played on the radio. I believe success is growing closer to the person you decided you wanted to become. I choose to be my own competitor and become better than I was yesterday and tomorrow better than I am today. I write songs and sing because I believe it’s what I have been called to do. It’s my passion and probably the only thing that truly moves me. When someone comes up to me after a show and says thank you, I consider myself successful.

I would love to spread my music around more by touring. I want to tell everyone my stories and meet all kinds of new people. I am also working on my second album so I hope to be putting the finishing touches on that around the fall of 2013.

Thanks to the harsh, some say tawdry, music industry, we occasionally witness artists with the tendency to provoke the audience with scandalous behavior – just for increasing the sale. How important is your authenticity (person) and sustainability for your songs?

I believe being yourself comes above anything else. I think being true to who you are will pay off and the right opportunities will come to you. I write my songs for myself and I hope other people will like them. That’s my goal. I don’t write hits, I don’t write what other people want me to write, I write with purpose and intention and I find this very important especially if you don’t want to get lost in the whole reason you started this journey in the first place. 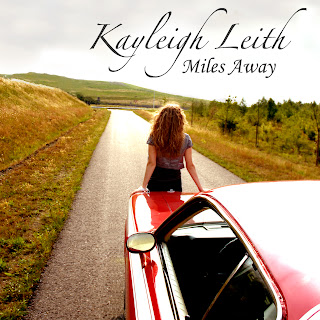 Where is the perfect spot to perform your music?

The perfect spot to perform my music is in a spot where people are sitting and watching me. My favorite way to play is acoustic and there is nothing better than playing songs for people who sit and watch you so intensely. It doesn’t matter where that is. It can be in a park, on a huge stage or in a café. When people are silent and watch you play, that is the best! I guess it’s because you captured their attention, and that’s hard to get most of the time from people.

Thank you Kayleigh for taking your time.

Wow, I can't wait to see your photos.

You should work for a music magazine!

I gotta buy her album.

You are blasting me away.
I have not seen so much love and passion when it comes to photography. You are gifted.

Keep up the outstanding work.

You are so bad [censored] with your own style and your interviews are very worthy for entertainment. I don't see that on a regular basis. And guess what? I gonna buy Kayleigh's album (checked her out on facebook).

You are special - far away from mainstream. I love that!

One of your numerous fans,
Stephanie

I stumpled across your amazing blog.

I put you on my favorites.

Kayleigh Leith??? Never heard of her, but I bought her album.

Thanks for publishing her article.

I have seen numerous music blogs before, but yours is so entertaining!!!

Thanks Kayleigh, you already know that I love your music. Kiss from Portugal

I love reading your articles.

I tell my friends (they are in a band) and you can publish some good stuff about them?

I hope you publish more.

I love reading your articles.